New paper alert! Please read our new publication in ACS Infectious Diseases detailing our studies with inhibitors targeting the Qi site of cytochrome b in T. cruzi and L. donovani. Many thanks to all those involved. https://pubs.acs.org/doi/10.1021/acsinfecdis.9b00426

Congrats to Luciana! Her talk at the PiCLs symposium was awarded 3rd prize. We are all delighted for you!

Fantastic news! Our very own Richard Wall proposed to Gemma – and she said YES! Congrats to both. Our very first MoA wedding!!

Visceral leishmaniasis (VL), caused by the protozoan parasites Leishmania donovani and Leishmania infantum, is one of the major parasitic diseases worldwide. There is an urgent need for new drugs to treat VL, because current therapies are unfit for purpose in a resource-poor setting. Here, we describe the development of a preclinical drug candidate, GSK3494245/DDD01305143/compound 8, with potential to treat this neglected tropical disease. The compound series was discovered by repurposing hits from a screen against the related parasite Trypanosoma cruzi. Subsequent optimization of the chemical series resulted in the development of a potent cidal compound with activity against a range of clinically relevant L. donovani and L. infantum isolates. Compound 8 demonstrates promising pharmacokinetic properties and impressive in vivo efficacy in our mouse model of infection comparable with those of the current oral antileishmanial miltefosine. Detailed mode of action studies confirm that this compound acts principally by inhibition of the chymotrypsin-like activity catalyzed by the β5 subunit of the L. donovani proteasome. High-resolution cryo-EM structures of apo and compound 8-bound Leishmania tarentolae 20S proteasome reveal a previously undiscovered inhibitor site that lies between the β4 and β5 proteasome subunits. This induced pocket exploits β4 residues that are divergent between humans and kinetoplastid parasites and is consistent with all of our experimental and mutagenesis data. As a result of these comprehensive studies and due to a favorable developability and safety profile, compound 8 is being advanced toward human clinical trials.

Welcome back to Dundee Dr Juliana Pacheco! Juliana was recently awarded her Ph.D. from Fiocruz in Rio. She will be continuing her work on nitroreductases in the lab as part of the WCAIR training programme. We are delighted to welcome her back to Dundee.

The 4th Infectious Diseases Research Initiative Scotland meeting was held here in Dundee on the 6th -7th of March. Over 100 scientists attended what was a fantastic meeting. Our very own Richard Wall represented the MoA presenting his work on Acoziborole. Many thanks to Mattie and David for organising!

Careers Hive – a stepping stone to a STEM career

Richard attended Careers Hive at The National Museum of Scotland in Edinburgh. This event, organised by Edinburgh Science Learning, aims to inspire S1-S3 pupils to pursue a STEM-based career. Richard joined other scientists in describing their early career paths and experiences.  More than 600 pupils attended the event throughout the day. Please use the attached link to read more about this event and hear Richard discuss his experiences as a STEM-professional. Podcast

NATURAL PRODUCTS FROM THE AMAZON MAY HELP TO TREAT NEGLECTED DISEASES

University of Dundee researchers have been awarded £700,000 to investigate whether bacteria and other natural products found in the Amazon hold the key to developing new drugs for neglected tropical diseases. The Dundee team led by Professor Kevin Read, Dr Susan Wyllie and Professor Ian Gilbert from the University’s Wellcome Centre for Anti-Infectives Research (WCAIR) will work with colleagues at the University São Paulo in Brazil to identify novel drug targets and develop new therapies for visceral leishmaniasis and Chagas’ disease.  Press release

SCIENTISTS PRAISED FOR PULLING PLUG ON A DRUG

In a novel twist for researchers who actively develop drugs to combat tropical diseases, a group of scientists at the University of Dundee have been honoured for putting an end to a promising piece of research.

The Mode of Action team, based in the Wellcome Centre for Anti-infectives Research at the University’s School of Life Sciences, have been awarded the GlaxoSmithKline Scientific Termination of Projects (STOP) Award 2017 for pulling the plug on the development of compound series aimed at treating visceral leishmaniasis and Chagas’ diseases. Press release 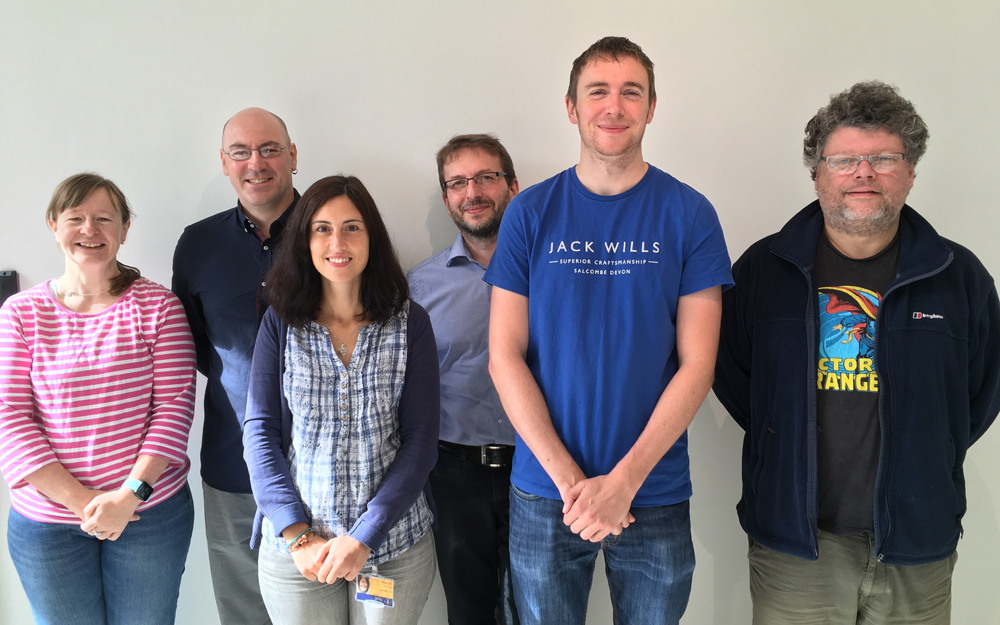 Researchers at the University of Dundee have identified a new drug target in parasites that cause major neglected tropical diseases, a discovery that contributes towards a global drive to eliminate these diseases by 2030. PNAS Press release

A new pre-clinical candidate drug with the potential to treat visceral leishmaniasis, one of the world’s major neglected diseases, has been discovered through a close collaboration between the University of Dundee, GSK and Wellcome.

Visceral leishmaniasis is a disease which kills tens of thousands of people every year, mainly among the poorest in the world. The disease is caused by a parasite, which is spread through the bite of infected sandflies. People infected with the disease suffer fever, weight loss and anaemia, and the disease is typically fatal unless treated. The World Health Organisation (WHO) estimates that over 600 million people are at risk of visceral leishmaniasis. It is estimated that there are 50,000–90,000 new cases per year, giving rise to 20,000 to 40,000 deaths annually.

The current available drugs have limitations and are not ideal for use in resource-poor settings, resulting in a clear need for new and improved treatments to address this significant unmet medical need.

In a paper just published in the journal Nature, researchers describe the discovery and novel mechanism of action of this compound, GSK3186899/DDD853651. Professor Paul Wyatt, Head of the Drug Discovery Unit (DDU) at the University of Dundee, said, “We have established that this compound works through a novel mode of action, principally through inhibition of an enzyme called CRK12. This is a significant step forward in our goal to develop new, oral and safer drugs to tackle a disease which kills tens of thousands of people every year. The compound still has some way to go before it can be used to treat patients, but we are excited by the great progress that we have made.” Nature  Press release