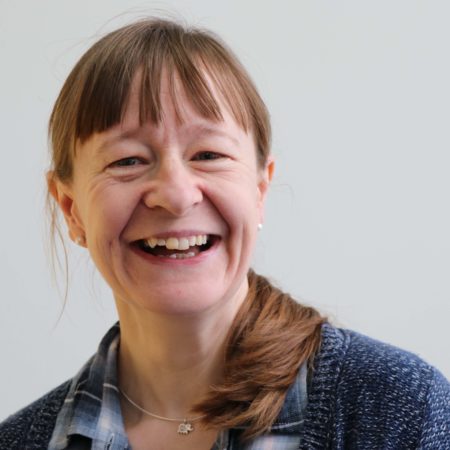 Dr Susan Wyllie is the head of the MoA group. Susan has worked in kinetoplast biology for more than twenty years. Her studies have predominantly focused on deciphering drug mechanism(s) of action and mechanisms of drug resistance – in particular in Leishmania spp, the causative agent of visceral leishmaniasis.  Outside of the lab, Susan’s loves to go running in the nearby Tentsmuir forest. ORCID  Research Gate 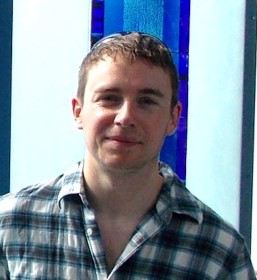 Dr Richard Wall obtained his PhD in Life Sciences from the University of Nottingham in 2012 before joining the laboratory of Prof. Rita Tewari to work on projects related to drug discovery, parasite motility and cell division in Plasmodium. Richard moved to Scotland in 2015 to join the newly formed Mode of Action group. He has been been involved in target identification studies for a number of high profile compound series. Richard led the development of our genome-wide overexpression library in T. brucei. Outside the lab his hobbies include eating. He occasionally runs too! 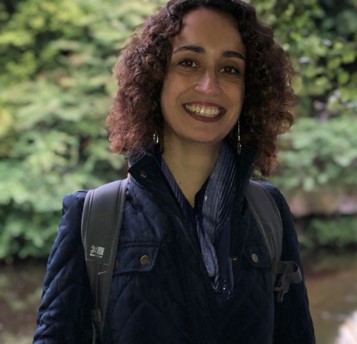 Dr Sandra Carvalho was awarded her Ph.D. from the University of Porto in 2012 following her studies on metal acquisition in Leishmania. She then continued in the lab of Professor Ana Tomas for her first posdoc. In 2015, Sandra joined the lab of Wolfgang Maret to study the role of zinc transporter in diabetes. She joined the MoA group in 2017. Outside of work Sandra is a keen photographer and enjoys travelling around Scotland.

Dr Victoriano Corpas Lopez completed his Ph.D. and postdoctoral studies at the University of Granada focused on the development of novel anti-leishmanial therapies, Victor joined our group in 2016 as a Foundation Martin Escudero-funded fellow. Over the last 3 years he has adapted thermal proteome profiling (TPP) for use in target identification studies in kinetoplastids for the very first time. He is now in the process of further refining this approach for use in Plasmodium. Victor is pictured here at the summit of Spain’s second highest peak, Veleta. Since coming to Scotland Victor has continued his love of hiking and developed a new passion for badminton! 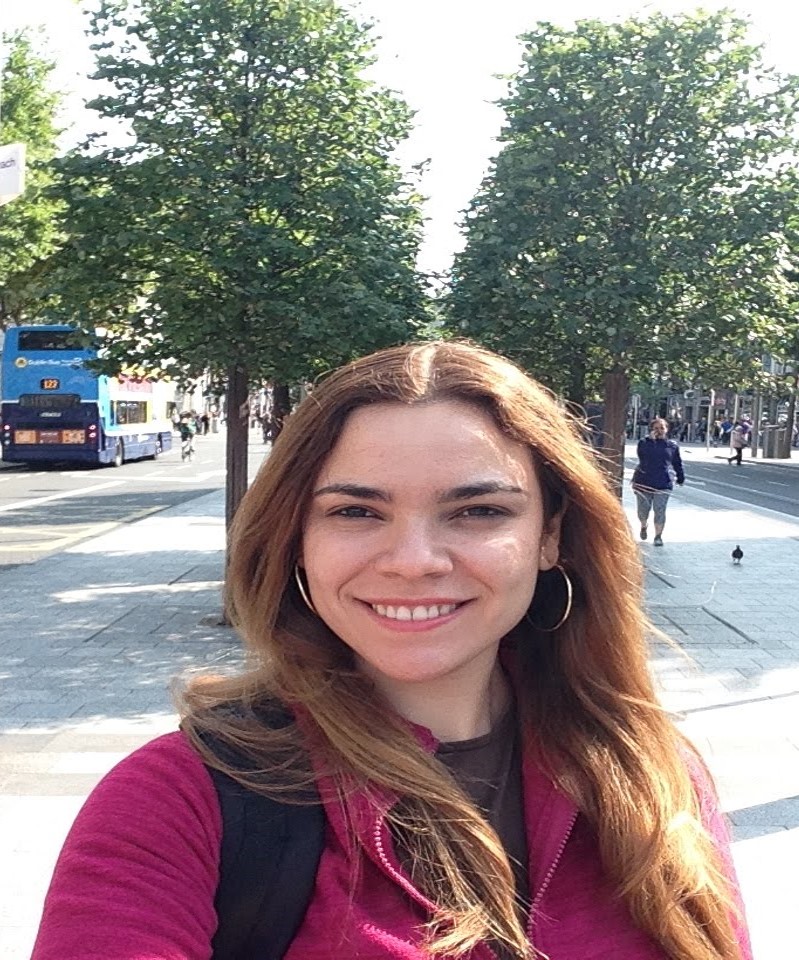 Luciana Paradela joined the MoA group in 2018 after completing her undergraduate studies at the University of Campinas, Brazil. Her Ph.D. studies are focused on determining the molecular targets of a range of promising anti-leishmanial compounds. Luciana’s studentship is supported by the MRC and will involve a 3 month placement with GSK to gain experience of the pharmaceutical industry. Since arriving in Scotland, Luciana has braved the Scottish weather and has developed a love for hiking. 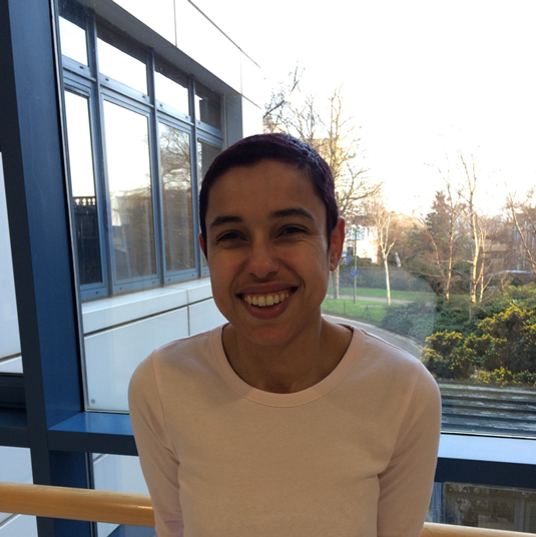 Dr Rachel Milne spent time in industry with both Pfizer and Organon before re-joining academia to undertake a Ph.D. in the labs of Professor Keith Matthews and Dr Joanne Thompson at Edinburgh University. Rachel joined the MoA group in 2016 and currently focuses on determining the molecular targets of anti-malarial compounds. In her spare time Rachel is kept very busy looking after her 9-year old son Joshua. 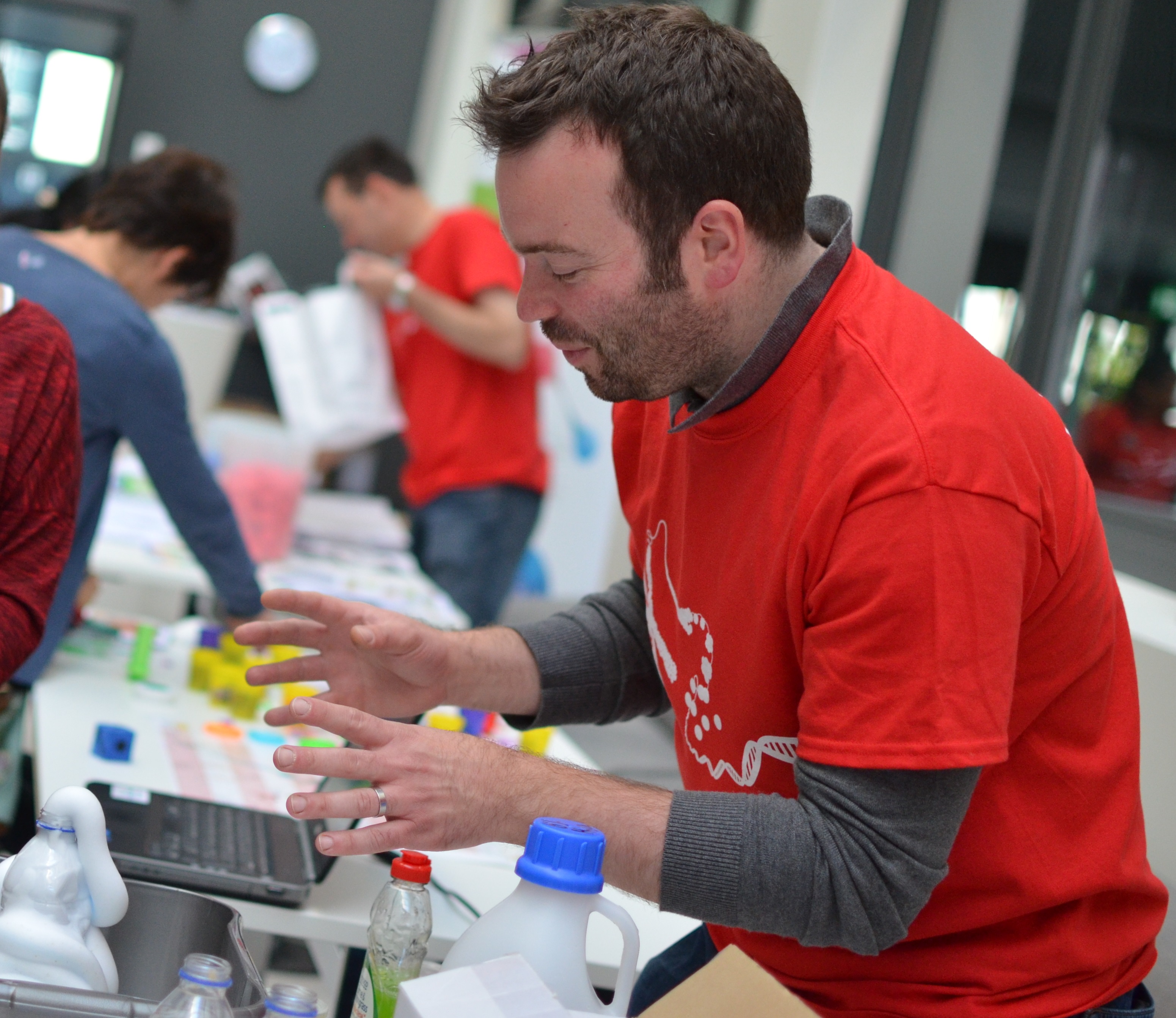 Dr Stephen Patterson was awarded his Ph.D. in chemistry from the University of St Andrews. In 2007 he joined the lab of Professor Alan Fairlamb in Dundee where he focused on drug discovery for neglected tropical diseases. Within the MoA group, Stephen leads our chemical proteomics studies, providing chemical solutions to biological problems. Outside of work Stephen is run ragged by his 4-year old son Finlay and 2-year old daughter Tilly. 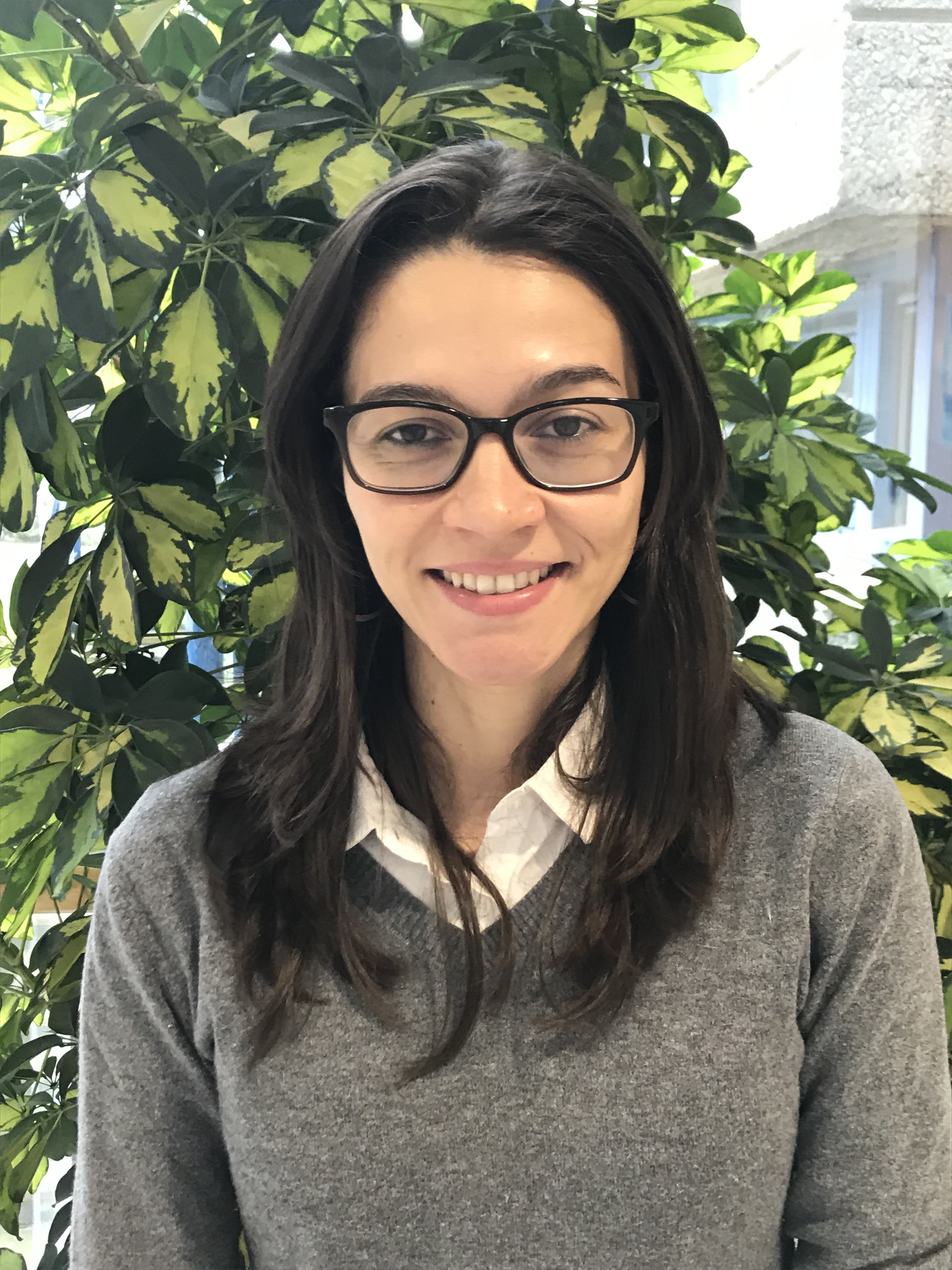 Dr Marta Lopes Lima joined the MoA team in March 2019. Marta has been awarded a prestigious Newton International Fellowship to support her studies in drug target deconvolution in T. cruzi. She competed her Ph.D. at the University of Sao Paulo in the lab of Dr Andre Tempone where she investigated the mechanism of action of the antidepressant sertraline and the muscle relaxant cyclobenzaprine in L. infantum.  Welcome to Dundee Marta!

Dr. Eoin Ó Muimhneacháin carried out his PhD at University College Cork focusing primarily on the synthesis of analogues of bacterial signalling compounds in the context of the development of novel antibacterial agents with a particular interest in Pd-catalysed C-C bond forming reactions. He also fancies himself a bit of a singer! 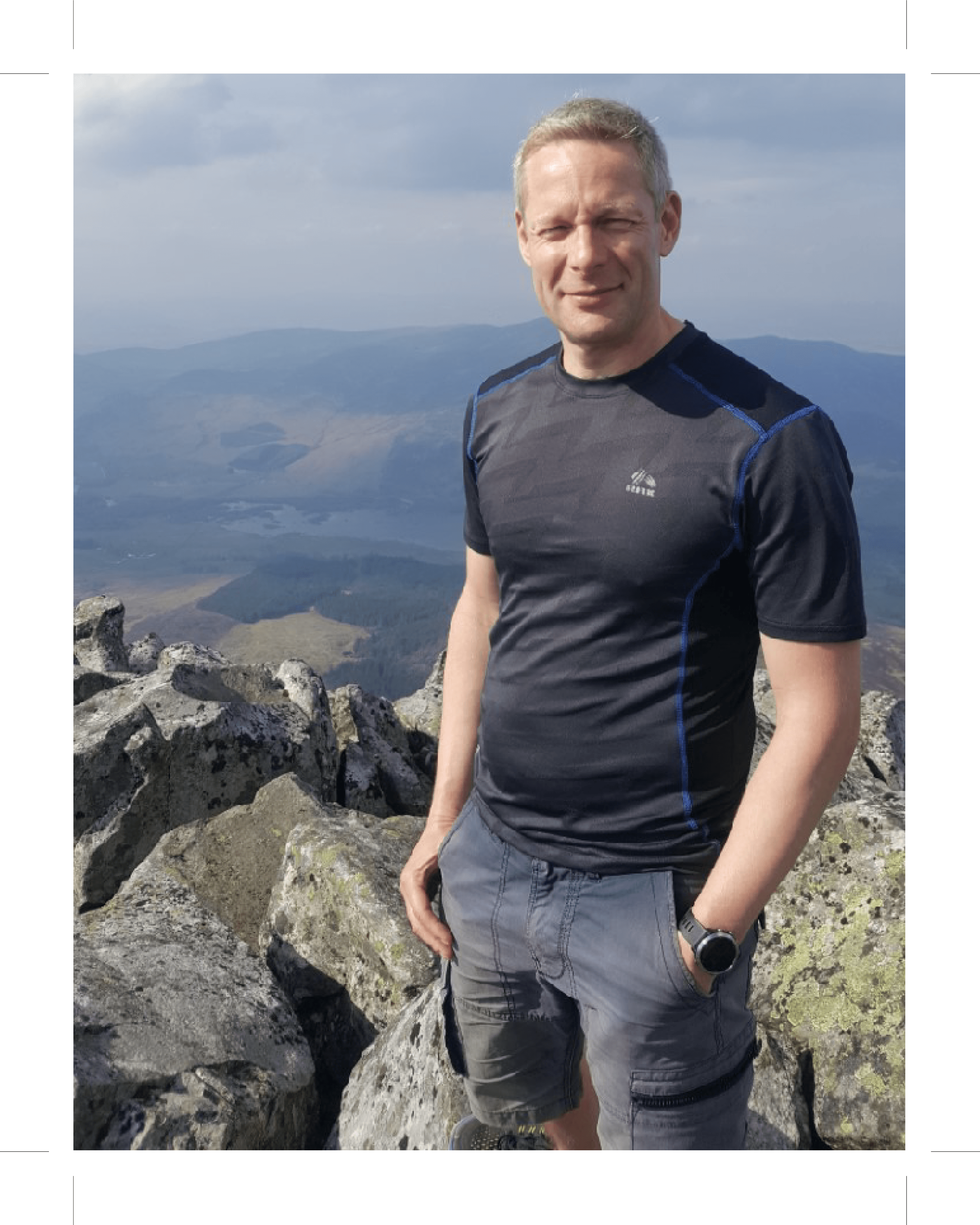 Dr Lindsay Tulloch joined the MoA group in April 2019 to work on drug target deconvolution studies with natural products from Brazil. Lindsay made the short journey across the water from the University of St Andrews  – having studied with Professor Terry Smith. Lindsay is no stranger to Dundee – having worked with our colleague Professor Bill Hunter for several years. We are delighted to welcome Lindsay back to Dundee! 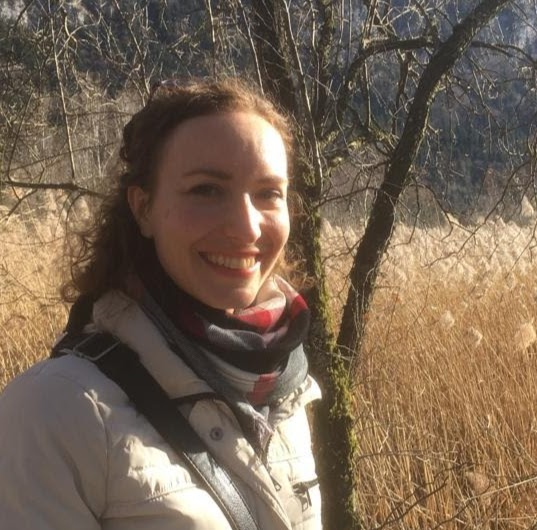 Dr Natalie Wiedemar joined the MOA group in January 2020 to work on drug target identification for antimalarial compounds. She completed her PhD in 2019 at the Swiss Tropical and Public Health Institute in Basel, where she studied suramin resistance in African trypanosomes. In her spare time Natalie enjoys the Scottish landscapes on cycling tours and hiking trips. 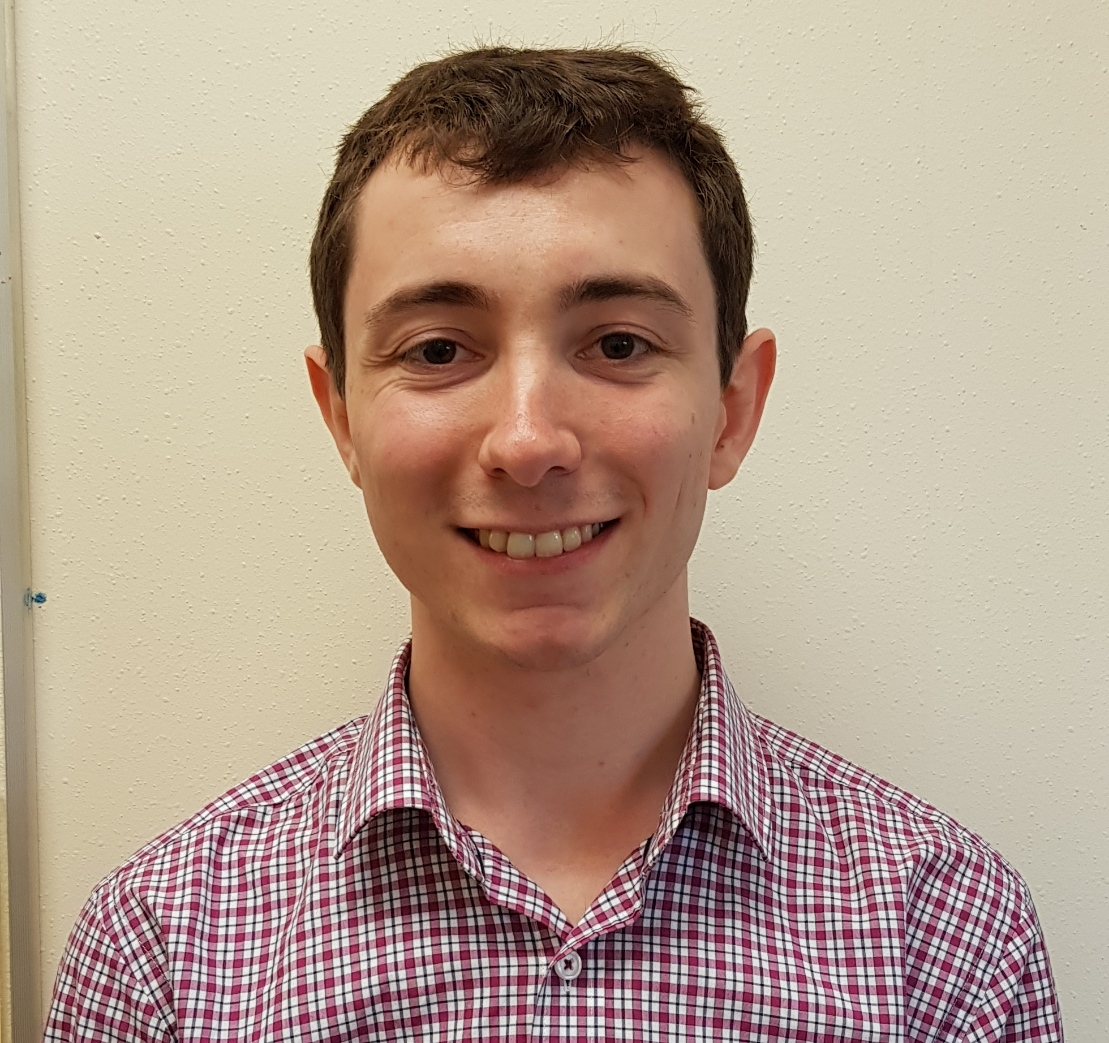 Dr Robert Smith completed his PhD studies at the university of Otago in New Zealand in 2019 under the supervision of Dr Bill Hawkins. His research focused on the development of new methodology to prepare functionalised flavone derivatives from cyclopropane substrates, and the total synthesis of the natural product oxyisocyclointegrin. He then worked at University College London as a medicinal chemist in the group of Professor David Selwood preparing a novel series of agonists targeting a natriuretic peptide receptor in the cardiovascular system. In his spare time, he enjoys reading, painting miniatures and archery. 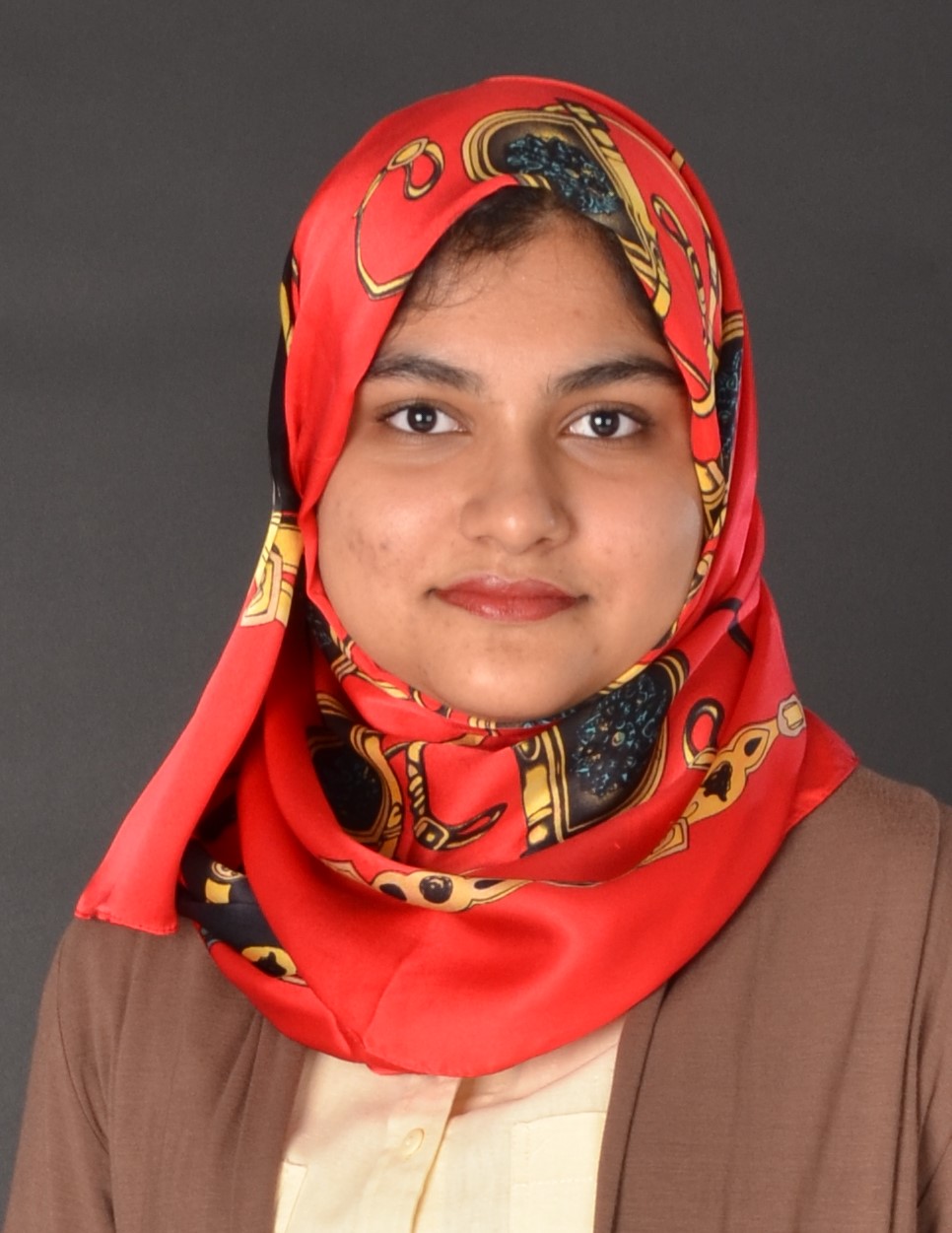 Dr Aisha Syed was born and raised in Oman. She received her BSc in Chemistry from the University of Birmingham in 2015. She then studied for a PhD in Organic Chemistry and Chemical Biology at University College London with Prof. Jim Anderson on the synthesis and bioluminescence properties of infra-luciferins. After her PhD, she worked as a Research Fellow in the labs of Prof. Andrew Wilson and Prof Adam Nelson at the University of Leeds on the design, synthesis and evaluation of small-molecule inhibitors of protein-protein interactions. In her spare time, Aisha enjoys cooking, trying new cuisines, reading and visiting spots of natural beauty. Welcome to Dundee Aisha! 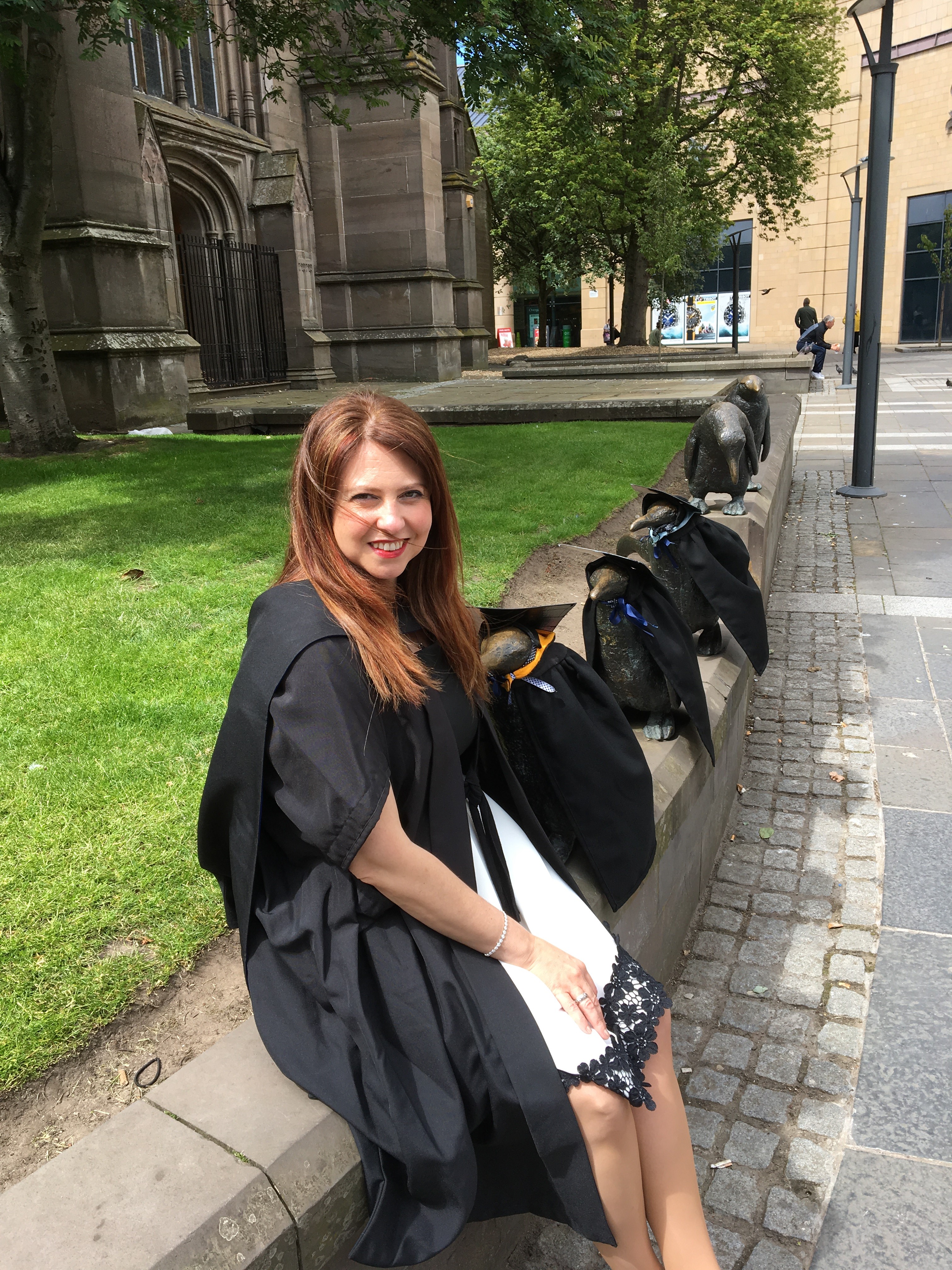 Dr Sonia Moniz was awarded her Ph.D. in Biochemistry from the University of Lisbon in 2008. Sonia started her scientific career studying the molecular mechanisms underlying human disease, particularly in the context of cancer and cystic fibrosis. She moved to Scotland in 2012 to work for Professor Sonia Rocha investigating the cellular responses to hypoxia. Sonia was a founding member of the MoA group, joining in 2015. Her main role was to establish overexpression libraries in Leishmania and T. cruzi – these tools have been fundamental to the group’s success to date. In 2018, she left the group to retrain as a Science teacher. Outside work, Sonia is passionate about choir singing and hillwalking and she has also started a new hobby doing stained glass.

Dr Davide Bello completed his PhD in St Andrews in 2006, before moving to the Max-Plank in Dortmund to work on protein synthesis using chemical ligation. Davide then spent a few years at IRB Barcelona and UPV/EHU San Sebastián getting busy with multi-component reactions and preparing proteasome inhibitors, before returning to St Andrews to work as a fluorine chemist. Davide became a member of the team in April 2019, where he focuses on using chemical biology techniques as part of our mode of action studies. Outside of work, Davide spends his time baking pizza for his two boys and kitesurfing the North Sea.

Dr Eva Rico Vidal is joint member of the MoA group and Professor David Horn’s lab. She completed her Ph.D. studies at the University of Alcala on programmed cell death in Leishmania. In 2012 Eva moved to Scotland to work with Professor Keith Matthews on differentiation in T. brucei. Her current research is focused on developing CRISPR-Cas9 strategies for kinetoplastids. In her spare time loves playing and watching tennis.